skip to main | skip to sidebar

Extracted from: http://esamultimedia.esa.int/docs/galileo/GalileoE3web_copy.pdf
Posted by ... at 06:08 No comments:

Why Galileo?
Together with the American GPS, the Russian Glonass and other future newcomers, Galileo will provide more precise and reliable positioning and timing signals to citizens in Europe and around the globe.

Precision : High precision will come from the technological characteristics of the system, as well as the number of satellites. From most locations, six to eight satellites will always be visible, allowing positions to be determined up to within a few centimetres.

Availability/Coverage : The high number of satellites will also improve the availability of the service in high rise cities, where buildings can obstruct signals from satellites that are low on the horizon. Thanks to the location and inclination of the satellites, Galileo will also achieve a better coverage at high latitudes than other systems. This will be particularly interesting for northern Europe, an area not well covered by GPS.

Reliability : An integrity function that will be part of the Safety-of-Life Service will inform the user within a few seconds of a failure of any of the satellites. In addition, the civilian nature of Galileo provides the guarantee to maintain an uninterrupted service. Given the already widespread use of satellite navigation, the implications of an interruption would be huge, jeopardising the efficient running of transport systems but also human safety.

With Galileo, Europe will be able to exploit the opportunities provided by satellite navigation to a much greater extent than currently possible. European receiver manufacturers, application providers and service operators will all benefit from novel business opportunities. European citizens will enjoy more and better applications as well as less traffic congestion and pollution, safer transports and more effective rescue operations. The availability of a European navigation system will also ensure that Europe does not need to rely on other regions, avoiding the economical, social and political risks inherent to such a dependency.

Independent surveys and market forecasting indicate that the expected value of the additional business in receivers, applications and services, of the additional revenues for the space industry and of the positive externalities in terms of public utility will amount to 90 billion euros between 2010 and 2027. This is far greater than the cost of building, operating and maintaining the system and does not take into account the monetary value of European independence in this economically-critical field. 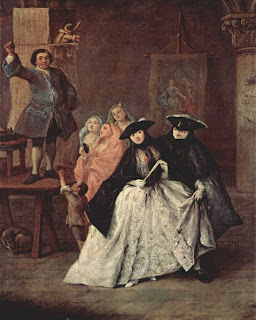 2. The only way of discovering the limits of the possible is to venture a little way past them into the impossible.

3. Any sufficiently advanced technology is indistinguishable from magic.

Arthur C Clarke - "Hazards of Prophecy: The Failure of Imagination", in Profiles of the Future (1962)

http://esciencenews.com/articles/2009/05/01/blurring.lines.between.magic.and.science.berkeley.researchers.create.invisibility.cloak
Posted by ... at 08:30 No comments:

THE EPISTLE ON THE PHILOSOPHIC FIRE

The Epistle of the Philosophic Fire.
I, John Pontanus, who have travelled into various realms and domains on my quest to know of a certainty what is the Philosophers' Stone, journeying through all parts of the world, found but false Philosophers and deceivers. Studying still, none the less, in the books of the Wise, and my doubts increasing, I discovered the truth: and yet, notwithstanding I had knowledge of the material, I erred two hundred times before finding the operation and practice of that true material.

I commenced first my operations with putrefactions of the Body of this material over a period of nine months but this came to naught. I placed it in thebain-made for lengthy periods, erring just the same. I took and placed it in the calcinating fire for three months and proceeded awry. All sorts and kinds of distillation and sublimation spoken of, or apparently spoken of by the Philosophers - Geber, Archelaus, and almost any other - have I attempted and tried, and found equally nothing. In brief, I tried to come at and perfect in every way conceivable the subject of all the Art of Alchemy, be this by manure, bathing, ashes, or the thousand other sorts of fife mentioned by the Philosophers in their works, but nothing did I discover of worth.

It was for this reason that I set myself to study the books of the Philosophers for three years continual, studying among others those of Hermes, whose brief words contain the whole magistry of the Stone; though he speaks quite obscurely of things above and below, of Heaven and of the Earth.

All one's application and care must then be only to know the correct practice in the first, second and third Works. It is not at all the fire of the bath, dung or ashes, nor any of the other fires of which the Philosophers sing or describe for us in their books.

What, then is this fire which perfects and achieves the entire Work, from beginning to end? Certainly all Philosophers have hidden it; but for myself, touched by a moment of pity, I would declare it and the achievement of the whole Work.

The Philosophers' Stone is unique, and one, but hidden and veiled in a multiplicity of different names, and before knowing it you will have seen much struggle: only with difficulty will you come to know it by your own genius. It is watery, airy, fiery and earthy, phlegmatic, choleric, sanguine and melancholy. It is a sulphur and equally Quick Silver.

It has several superfluities which I assure you by the living God, transform themselves into one unique Essence, if only there be our fire. And whoever - believing such to be necessary - would subtract anything from the subject, knows of a certainty nothing of Philosophy. For the superfluous, unclean, foul, scurvy, miry and, in general, entire substance of the subject, is perfected into one fixed spiritual body, by means of our fire. Which has never been revealed by the Wise, thus making it that but few succeed in this Art; imagining that some foul and unworthy thing must be separated out.

Now must one make appear, and draw out the properties of our fire; if it agree with our material in the way of which I have spoken, that is to say, if it be transmuted with the material. This fire burns the material not at all, nor separates anything from it, nor divides nor puts apart the parts pure and impure, as is told by all Philosophers, but converts the whole subject into purity. It does not sublime as Geber or Arnold and all others who have spoken of sublimation and distillation sublime. And it makes and perfects itself in little time.

This fire is mineral, equal and continual, and never evaporates unless over excited; it has certain of the characteristics of sulphur, is taken and originates elsewhere than in the material. It ruptures, dissolves, and congeals all things, and similarly congeals and calcinates; it is difficult to fmd by industry or by Art. This fire is the epitome and abridgement of the Work in its entirety, taking no other thing else, or very little, and this same fire introduces itself and is of mediocre heat; for with this little fire the whole Work is perfect, and all due and necessary sublimation achieved together.

Those who read Geber and all other Philosophers shall never come to an understanding of it though they live one hundred million years; for this fire may not be discovered but by the sole and profound meditation of the mind, following which one will understand the books, and not otherwise. Error in this Art, consists only in the acquisition of this fire, which converts the material into the Stone of the Wise.

Study, then, this fire, for had I myself found it at the first, I should not have erred two hundred times upon the veritable material. By which am I no longer surprised if so many come not to the accomplishment of the Work.

They err, have erred and will ever err, in that the Philosophers have placed their veritable agent in but one, single thing, which Artephius named, but speaking only for himself. Had I not read Artephius, nor penetrated and understood, never would I have arrived at the accomplishment of the Work.

Here, then, the practice: take the material with all dilligence, grind and pulverise it physically and place it in the fire, that is within the oven; but the degree and proportion of the fire must also be known. To wit, that the external fire excite only the material; and in a little time this fire, without that one put a hand to it in any manner, will assuredly realise the Work in its entirety. For it will purify, corrupt, engender and bring to perfection the whole work, making appear the three principal colours, the black, white and red. And by our fire the medicine will multiply, not only in quantity but also in virtue, if joined with the material in its raw state.

Search, therefore, this fire with all strength of your mind, and you shall reach the goal you have set yourself; for it is this that brings to completion all the stages of the Work, and is the key of all the Philosophers, which they have never revealed in their books. If you think well and deep upon this above-mentioned fire, you will know it. Not otherwise.

Thus, moved by a moment of pity, I have written this; but, and that I satisfy myself, as I made mention above, the fire is in no wise transmuted with the material. I wished to speak this and to warn well the prudent concerning these things, that they spend not in vain their money, but know in advance what it is that they seek and, by this means, arrive at the truth of the Art; not otherwise.

In Hawaiian, the word for “seed” (a symbol of the thought forms) is ano-ano. This word and its root, ano, give several meanings when translated. The following list of meanings taken from the Hawaiian dictionary will show how this word can be used as a symbol to cover much of the mechanism of creating and offering a thought form prayer.
1. “A solemn stillness. A sacred place.” (Note that this sacred place is the Aumakua to which the prayer is directed.)
2. “Expression of certainty of something doing or to be done.” (Note the faith indicated here.)
3. “Now, at this present time, immediately.” (Note the idea of the instant reaction of the Aumakua in answering the correctly made prayer.)
4. “Seed or seeds.” (Note: This is the basic symbol of thought forms in a prayer.)
5. (Root ano alone). “The meaning of a word or phrase. Likeness or image of a thing. The moral quality of an action, as good or evil, or the moral state of the heart. To change or transform. To change the external appearance. To set apart or consecrate for a special purpose. Doubt or fear.” (Note how these several meanings can indicate some phase of the making of the prayer thought forms. The guilt complexes are implicated in the “moral” element. The image of the thing or circumstances desired, is found in the thought form prayer, which is transformed or changed into the answer to prayer by the Aumakua. In making a prayer, the element of fear or doubt must always be present and can never be safely ignored, for if there is a thought form of doubt or fear mingled with the prayer inadvertently, it is a sowing on barren rocks or among thistles.)
Extracted from:
maxfreedomlong.com/articles/huna-the-workable-psycho-religious-system-of-the-polynesians/
Posted by ... at 05:12 No comments: 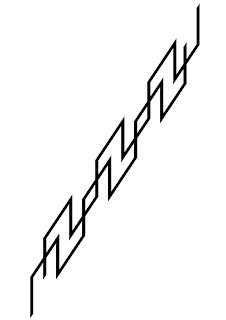